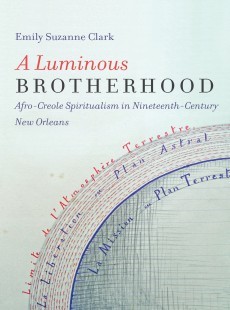 In the midst of a nineteenth-century boom in spiritual experimentation, the Cercle Harmonique, a remarkable group of African-descended men, practiced Spiritualism in heavily Catholic New Orleans from just before the Civil War to the end of Reconstruction. In this first comprehensive history of the Cercle, Emily Suzanne Clark illuminates how highly diverse religious practices wind in significant ways through American life, culture, and history. Clark shows that the beliefs and practices of Spiritualism helped Afro-Creoles mediate the political and social changes in New Orleans, as free blacks suffered increasingly restrictive laws and then met with violent resistance to suffrage and racial equality.

Drawing on fascinating records of actual seance practices, the lives of the mediums, and larger citywide and national contexts, Clark reveals how the messages that the Cercle received from the spirit world offered its members rich religious experiences as well as a forum for political activism inspired by republican ideals. Messages from departed souls including Francois Rabelais, Abraham Lincoln, John Brown, Robert E. Lee, Emanuel Swedenborg, and even Confucius discussed government structures, the moral progress of humanity, and equality. The Afro-Creole Spiritualists were encouraged to continue struggling for justice in a new world where "bright" spirits would replace raced bodies.