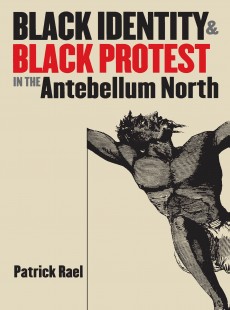 Black Identity and Black Protest in the Antebellum North

Frederick Douglass, Sojourner Truth, Martin Delany--these figures stand out in the annals of black protest for their vital antislavery efforts. But what of the rest of their generation, the thousands of other free blacks in the North? Patrick Rael explores the tradition of protest and sense of racial identity forged by both famous and lesser-known black leaders in antebellum America and illuminates the ideas that united these activists across a wide array of divisions. In so doing, he reveals the roots of the arguments that still resound in the struggle for justice today.

Mining sources that include newspapers and pamphlets of the black national press, speeches and sermons, slave narratives and personal memoirs, Rael recovers the voices of an extraordinary range of black leaders in the first half of the nineteenth century. He traces how these activists constructed a black American identity through their participation in the discourse of the public sphere and how this identity in turn informed their critiques of a nation predicated on freedom but devoted to white supremacy. His analysis explains how their place in the industrializing, urbanizing antebellum North offered black leaders a unique opportunity to smooth over class and other tensions among themselves and successfully galvanize the race against slavery.