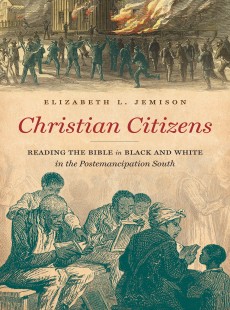 Reading the Bible in Black and White in the Postemancipation South

With emancipation, a long battle for equal citizenship began. Bringing together the histories of religion, race, and the South, Elizabeth L. Jemison shows how southerners, black and white, drew on biblical narratives as the basis for very different political imaginaries during and after Reconstruction. Focusing on everyday Protestants in the Mississippi River Valley, Jemison scours their biblical thinking and religious attitudes toward race. She argues that the evangelical groups that dominated this portion of the South shaped contesting visions of black and white rights.

Black evangelicals saw the argument for their identities as Christians and as fully endowed citizens supported by their readings of both the Bible and U.S. law. The Bible, as they saw it, prohibited racial hierarchy, and Amendments 13, 14, and 15 advanced equal rights. Countering this, white evangelicals continued to emphasize a hierarchical paternalistic order that, shorn of earlier justifications for placing whites in charge of blacks, now fell into the defense of an increasingly violent white supremacist social order. They defined aspects of Christian identity so as to suppress black equality—even praying, as Jemison documents, for wisdom in how to deny voting rights to blacks. This religious culture has played into remarkably long-lasting patterns of inequality and segregation. 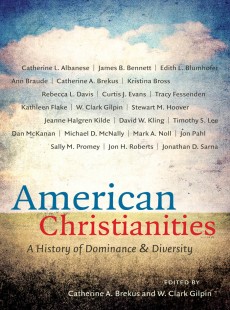