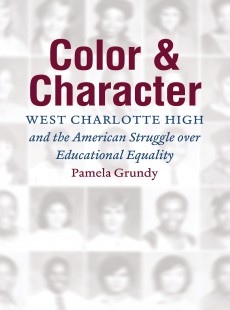 West Charlotte High and the American Struggle over Educational Equality

At a time when race and inequality dominate national debates, the story of West Charlotte High School illuminates the possibilities and challenges of using racial and economic desegregation to foster educational equality. West Charlotte opened in 1938 as a segregated school that embodied the aspirations of the growing African American population of Charlotte, North Carolina. In the 1970s, when Charlotte began court-ordered busing, black and white families made West Charlotte the celebrated flagship of the most integrated major school system in the nation. But as the twentieth century neared its close and a new court order eliminated race-based busing, Charlotte schools resegregated along lines of class as well as race. West Charlotte became the city's poorest, lowest-performing high school—a striking reminder of the people and places that Charlotte's rapid growth had left behind. While dedicated teachers continue to educate children, the school's challenges underscore the painful consequences of resegregation.

Drawing on nearly two decades of interviews with students, educators, and alumni, Pamela Grundy uses the history of a community's beloved school to tell a broader American story of education, community, democracy, and race—all while raising questions about present-day strategies for school reform.