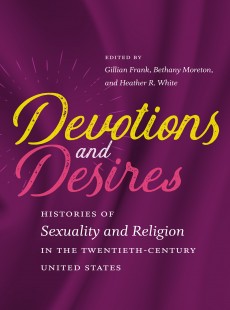 Histories of Sexuality and Religion in the Twentieth-Century United States

At a moment when "freedom of religion" rhetoric fuels public debate, it is easy to assume that sex and religion have faced each other in pitched battle throughout modern U.S. history. Yet, by tracking the nation's changing religious and sexual landscapes over the twentieth century, this book challenges that zero-sum account of sexuality locked in a struggle with religion. It shows that religion played a central role in the history of sexuality in the United States, shaping sexual politics, communities, and identities. At the same time, sexuality has left lipstick traces on American religious history. From polyamory to pornography, from birth control to the AIDS epidemic, this book follows religious faiths and practices across a range of sacred spaces: rabbinical seminaries, African American missions, Catholic schools, pagan communes, the YWCA, and much more. What emerges is the shared story of religion and sexuality and how both became wedded to American culture and politics.