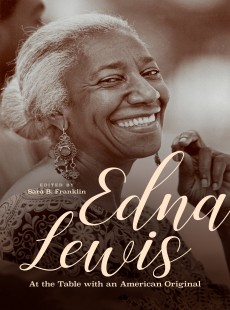 At the Table with an American Original

Edna Lewis (1916-2006) wrote some of America's most resonant, lyrical, and significant cookbooks, including the now classic The Taste of Country Cooking. Lewis cooked and wrote as a means to explore her memories of childhood on a farm in Freetown, Virginia, a community first founded by black families freed from slavery. With such observations as "we would gather wild honey from the hollow of oak trees to go with the hot biscuits and pick wild strawberries to go with the heavy cream," she commemorated the seasonal richness of southern food. After living many years in New York City, where she became a chef and a political activist, she returned to the South and continued to write. Her reputation as a trailblazer in the revival of regional cooking and as a progenitor of the farm-to-table movement continues to grow. In this first-ever critical appreciation of Lewis's work, food-world stars gather to reveal their own encounters with Edna Lewis. Together they penetrate the mythology around Lewis and illuminate her legacy for a new generation.