Television and the Cold War in the German Democratic Republic

Envisioning Socialism examines television and the power it exercised to define the East Germans' view of socialism during the first decades of the German Democratic Republic. In the first book in English to examine this topic, Heather L. Gumbert traces how television became a medium prized for its communicative and entertainment value. She explores the difficulties GDR authorities had defining and executing a clear vision of the society they hoped to establish, and she explains how television helped to stabilize GDR society in a way that ultimately worked against the utopian vision the authorities thought they were cultivating.

Gumbert challenges those who would dismiss East German television as a tool of repression that couldn't compete with the West or capture the imagination of East Germans. Instead, she shows how, by the early 1960s, television was a model of the kind of socialist realist art that could appeal to authorities and audiences. Ultimately, this socialist vision was overcome by the challenges that the international market in media products and technologies posed to nation-building in the postwar period.

A history of ideas and perceptions examining both real and mediated historical conditions, Envisioning Socialism considers television as a technology, an institution, and a medium of social relations and cultural knowledge. The book will be welcomed in undergraduate and graduate courses in German and media history, the history of postwar Socialism, and the history of science and technologies.

"Gumbert's thesis is that East German television was not primarily a propoganda machine to defend a dictatorial socialist regime -- which is the stererotypical view of the medium in the GDR... Gumbert provides a number of examples of television programming aimed at expanding the audience, programming with little emphasis on socialism. The book is thoroughly documented, with extensive footnotes and bibliography..."
/—Choice 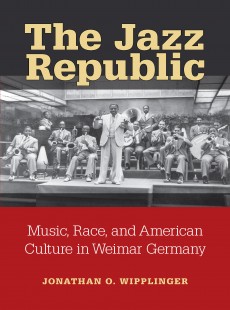