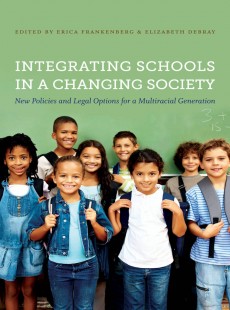 Integrating Schools in a Changing Society

New Policies and Legal Options for a Multiracial Generation

As a result of tremendous social, legal, and political movements after the 1954 Brown v. Board of Education decision, the South led the nation in school desegregation from the late 1960s through the beginning of the twenty-first century. However, following a series of court cases in the past two decades--including a 2007 U.S. Supreme Court decision that raised potentially strong barriers for districts wishing to pursue integration--public schools in the South and across the nation are now resegregating faster than ever.

In this comprehensive volume, a roster of leading scholars in educational policy and related fields offer eighteen essays seeking to illuminate new ways for American public education to counter persistent racial and socioeconomic inequality in our society. Drawing on extensive research, the contributors reinforce the key benefits of racially integrated schools, examine remaining options to pursue multiracial integration, and discuss case examples that suggest how to build support for those efforts. Framed by the editors' introduction and a conclusion by Gary Orfield, these essays engage the heated debates over school reform and advance new arguments about the dangers of resegregation while offering practical, research-grounded solutions to one of the most pressing issues in American education.