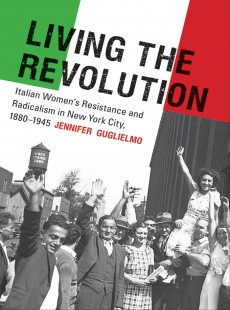 Italians were the largest group of immigrants to the United States at the turn of the twentieth century, and hundreds of thousands led and participated in some of the period's most volatile labor strikes. Jennifer Guglielmo brings to life the Italian working-class women of New York and New Jersey who helped shape the vibrant radical political culture that expanded into the emerging industrial union movement. Tracing two generations of women who worked in the needle and textile trades, she explores the ways immigrant women and their American-born daughters drew on Italian traditions of protest to form new urban female networks of everyday resistance and political activism. She also shows how their commitment to revolutionary and transnational social movements diminished as they became white working-class Americans.