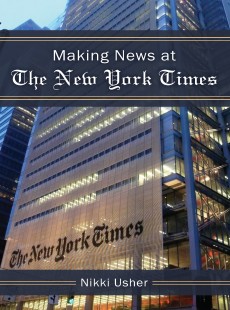 Making News at The New York Times is the first in-depth portrait of the nation's, if not the world's, premier newspaper in the digital age. It presents a lively chronicle of months spent in the newsroom observing daily conversations, meetings, and journalists at work. We see Page One meetings, articles developed for online and print from start to finish, the creation of ambitious multimedia projects, and the ethical dilemmas posed by social media in the newsroom. Here, the reality of creating news in a 24/7 instant information environment clashes with the storied history of print journalism, and the tensions present a dramatic portrait of news in the online world. This news ethnography brings to bear the overarching value clashes at play in a digital news world. The book argues that emergent news values are reordering the fundamental processes of news production. Immediacy, interactivity, and participation now play a role unlike any time before, creating clashes between old and new. These values emerge from the social practices, pressures, and norms at play inside the newsroom as journalists attempt to negotiate the new demands of their work. Immediacy forces journalists to work in a constant deadline environment, an ASAP world, but one where the vaunted traditions of yesterday's news still appear in the next day's print paper. Interactivity, inspired by the new user-computer directed capacities online and the immersive Web environment, brings new kinds of specialists into the newsroom, but exacts new demands upon the already taxed workflow of traditional journalists. And at time where social media presents the opportunity for new kinds of engagement between the audience and media, business executives hope for branding opportunities while journalists fail to truly interact with their readers.

“This book is illuminating and memorable, a minutely observed account of The New York Times reshaping itself in the digital age. It is immersion reportage and also a history, a snapshot of 2010. It shows a great newspaper become a print-to-Web teenager alternatively awkward, embarrassed, nuttily ambitious, idealistic, mistaken—and, despite all, true to itself.”
— Michael Schudson, Columbia University 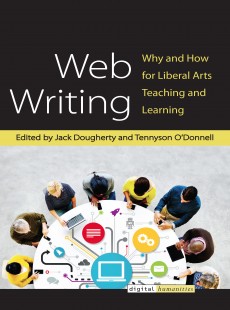 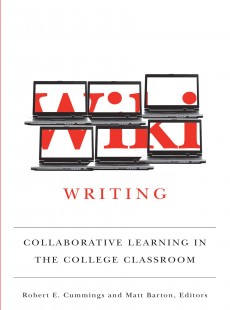