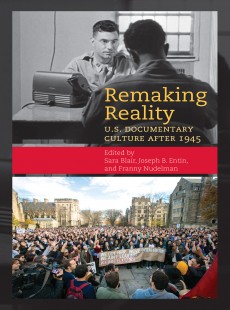 After World War II, U.S. documentarians engaged in a rigorous rethinking of established documentary practices and histories. Responding to the tumultuous transformations of the postwar era--the atomic age, the civil rights movement, the Vietnam War, the emergence of the environmental movement, immigration and refugee crises, student activism, the globalization of labor, and the financial collapse of 2008--documentary makers increasingly reconceived reality as the site of social conflict and saw their work as instrumental to struggles for justice. Examining a wide range of forms and media, including sound recording, narrative journalism, drawing, photography, film, and video, this book is a daring interdisciplinary study of documentary culture and practice from 1945 to the present. Essays by leading scholars across disciplines collectively explore the activist impulse of documentarians who not only record reality but also challenge their audiences to take part in reality's remaking.