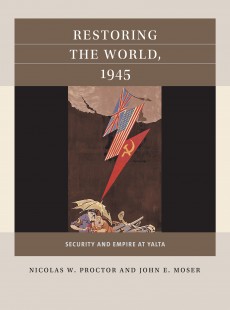 Security and Empire at Yalta

The devastation of the Second World War is coming to an end. As victory for the Grand Alliance draws close, the leaders of Great Britain, the Soviet Union, and the United States gather at Yalta, a resort town on the Black Sea, for the most important summit meeting of the war. Can the great powers finalize their plans for a new world order, or will their often antagonistic ideologies prevent them from forging a lasting peace? Restoring the World immerses students in the Yalta Conference as they take on the roles of Churchill, Roosevelt, Stalin, as well as the members of their military and diplomatic delegations. They all want peace, but what kind of peace will they create?