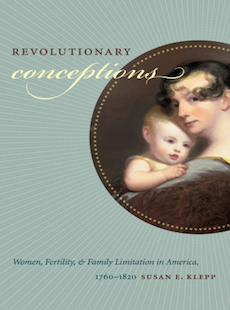 In the Age of Revolution, how did American women conceive their lives and marital obligations? By examining the attitudes and behaviors surrounding the contentious issues of family, contraception, abortion, sexuality, beauty, and identity, Susan E. Klepp demonstrates that many women--rural and urban, free and enslaved--began to radically redefine motherhood. They asserted, or attempted to assert, control over their bodies, their marriages, and their daughters' opportunities.

Late-eighteenth-century American women were among the first in the world to disavow the continual childbearing and large families that had long been considered ideal. Liberty, equality, and heartfelt religion led to new conceptions of virtuous, rational womanhood and responsible parenthood. These changes can be seen in falling birthrates, in advice to friends and kin, in portraits, and in a gradual, even reluctant, shift in men's opinions. Revolutionary-era women redefined femininity, fertility, family, and their futures by limiting births. Women might not have won the vote in the new Republic, they might not have gained formal rights in other spheres, but, Klepp argues, there was a women's revolution nonetheless.

Susan E. Klepp is professor of history and affiliated professor of women's studies and of African American studies at Temple University. She is author or coeditor of six books and editor of the Journal of the Early Republic.

"A remarkably detailed study of childbirth and family planning from the colonial period through the early nineteenth century. . . . Relevant not just to historians but also to those who study current debates."
--American Historical Review

"This important new work skillfully synthesizes more than four decades of scholarship on women, fertility, and sexuality while successfully recovering clues to the intimate conversations and decision making that took place between husband and wife and within women's social networks. . . . Essential."
--Choice

"Outstanding. . . . [An] admirable book."
--Pennsylvania Magazine of History and Biography

"Fascinating. . . . Klepp offers an exciting new interpretation of women in Revolutionary America, and she presents her quantitative and qualitative evidence in an accessible and elegant manner."
--Common-Place

"Interesting. . . . Demographers have much to gain from reading the work of this investigator."
--Population and Development Review

"The heart of the book . . . focus[es] on cultural reinterpretation of fertility and the technologies of family limitation. Here, Klepp makes her most original contribution and persuasively presents women as a constitutive force in this sea change. . . . Joins a growing body of scholarship in demonstrating that gender conventions were debated and transformed in the age of revolution."
--Journal of American History 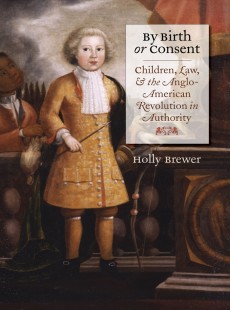 By Birth or Consent

By Birth or Consent 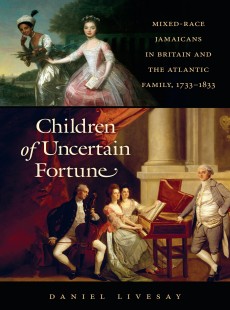