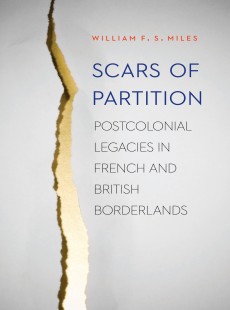 Based on three decades of fieldwork throughout the developing world, Scars of Partition is the first book to systematically evaluate the long-term implications of French and British styles of colonialism and decolonization for ordinary people throughout the so-called Third World. It pays particular attention to the contemporary legacies of artificial boundaries superimposed by Britain and France that continue to divide indigenous peoples into separate postcolonial states. In so doing, it uniquely illustrates how the distinctive stamps of France and Britain continue to mark daily life along and behind these inherited borders in Africa, Asia, Oceania, and the Caribbean.   Scars of Partition draws on political science, anthropology, history, and geography to examine six cases of indigenous, indentured, and enslaved peoples partitioned by colonialism in West Africa, West Indies, South Pacific, Southeast Asia, South India, and the Indian Ocean. William F. S. Miles demonstrates that sovereign nations throughout the developing world, despite basic differences in culture, geography, and politics, still bear the underlying imprint of their colonial pasts. Disentangling and appreciating these embedded colonial legacies is critical to achieving full decolonization—particularly in their borderlands.

William F. S. Miles is a professor of political science at Northeastern University in Boston. He is the author of numerous books, including Hausaland Divided: Colonialism and Independence in Nigeria and Niger and Bridging Mental Boundaries in a Postcolonial Microcosm: Identity and Development in Vanuatu.