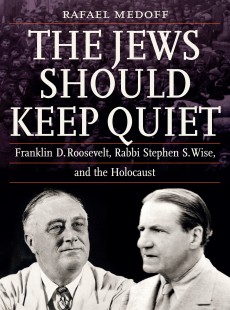 The Jews Should Keep Quiet

Based on recently discovered documents, The Jews Should Keep Quiet reassesses the hows and whys behind the Franklin D. Roosevelt administration's fateful policies during the Holocaust. Rafael Medoff delves into difficult truths: With FDR's consent, the administration deliberately suppressed European immigration far below the limits set by U.S. law. His administration also refused to admit Jewish refugees to the U.S. Virgin Islands, dismissed proposals to use empty Liberty ships returning from Europe to carry refugees, and rejected pleas to drop bombs on the railways leading to Auschwitz, even while American planes were bombing targets only a few miles away—actions that would not have conflicted with the larger goal of winning the war. What motivated FDR? Medoff explores the sensitive question of the president's private sentiments toward Jews. Unmasking strong parallels between Roosevelt's statements regarding Jews and Asians, he connects the administration's policies of excluding Jewish refugees and interning Japanese Americans.The Jews Should Keep Quiet further reveals how FDR's personal relationship with Rabbi Stephen S. Wise, American Jewry's foremost leader in the 1930s and 1940s, swayed the U.S. response to the Holocaust. Documenting how Roosevelt and others pressured Wise to stifle American Jewish criticism of FDR's policies, Medoff chronicles how and why the American Jewish community largely fell in line with Wise. Ultimately Medoff weighs the administration's realistic options for rescue action, which, if taken, would have saved many lives.

Rafael Medoff is founding director of the David S. Wyman Institute for Holocaust Studies and coeditor of the institute's online Encyclopedia of America's Response to the Holocaust. He has taught history at Ohio State University, the State University of New York at Purchase, and elsewhere, and has written nineteen books about American Jewish history, the Holocaust, and related topics, including Too Little, and Almost Too Late: The War Refugee Board and America's Response to the Holocaust.

"This highly original work addresses the U.S. government's unwillingness to undertake serious rescue efforts and the deep divisions within American Jewry over how to respond to U.S. indifference to European Jewry's plight. Expanding on David S. Wyman's pathbreaking work on America's response to the Holocaust, using new archival materials and interviews with persons then on the scene, Medoff provides the best assessment to date of the relationship between America's foremost Jewish leader, Rabbi Stephen S. Wise, and President Franklin D. Roosevelt."—Professor Stephen H. Norwood, author of The Third Reich in the Ivory Tower and coeditor of Encyclopedia of American Jewish History

"The Jews Should Keep Quiet reveals in troubling detail how FDR manipulated American Jewish leaders to suppress criticism of his abandonment of Europe's Jews during the Holocaust. Our family was certainly impacted. I was two years old on January 30, 1933, the day Hitler became Reichschancellor and my Dad told my Mom: 'We are leaving Germany forever.' It took us two and a half years of seeking a sympathetic American consul to overcome the barriers of FDR's State Department. We need to learn from Rafael Medoff's disturbing but necessary and enlightening study of moral failure and its consequences."—Rudy Boschwitz, U.S. senator (1978–91)

"The Jews Should Keep Quiet conclusively documents, far better than anything else I have read, how Franklin Delano Roosevelt's private attitude toward Jews motivated him to close America's doors to Jewish refugees from Nazi Germany. Medoff adroitly exposes how FDR suppressed Jewish immigration with the unwitting assistance of Rabbi Stephen Wise. This book is a revelation—courageous, scholarly, and chillingly honest. You will never think of FDR the same way again after reading it."—Irving Abella, president of the Academy of the Arts and the Humanities of Canada and past Shiff Professor of Jewish Studies at York University, Toronto 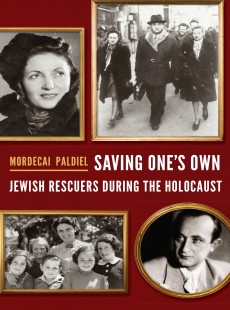 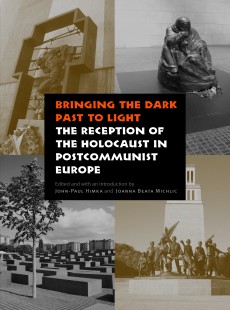 Bringing the Dark Past to Light

Bringing the Dark Past to Light 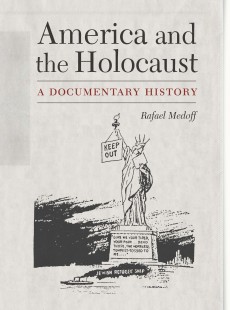 America and the Holocaust

America and the Holocaust 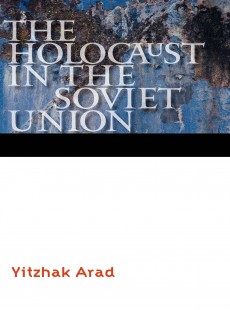 The Holocaust in the Soviet Union

The Holocaust in the Soviet Union 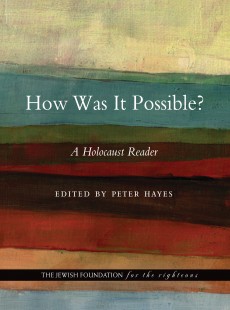 How Was It Possible?

How Was It Possible?