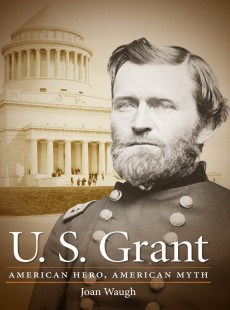 At the time of his death, Ulysses S. Grant was the most famous person in America, considered by most citizens to be equal in stature to George Washington and Abraham Lincoln. Yet today his monuments are rarely visited, his military reputation is overshadowed by that of Robert E. Lee, and his presidency is permanently mired at the bottom of historical rankings.

In an insightful blend of biography and cultural history, Joan Waugh traces Grant's shifting national and international reputation, illuminating the role of memory in our understanding of American history. Using a wide range of written and visual sources--newspaper articles, private and public reminiscences, photographs, paintings, cartoons, poetry, and much more--Waugh reveals how Grant became the embodiment of the American nation in the decades after the Civil War. She does not paper over Grant's image as a scandal-ridden contributor to the worst excesses of the Gilded Age. Instead, she captures a sense of what led nineteenth-century Americans to overlook Grant's obvious faults and hold him up as a critically important symbol of national reconciliation and unity. Waugh further shows that Grant's reputation and place in public memory closely parallel the rise and fall of the northern version of the Civil War story--in which the United States was the clear, morally superior victor and Grant was the symbol of that victory. By the 1880s, Waugh shows, after the failure of Reconstruction, the dominant Union myths about the war gave way to a southern version that emphasized a more sentimental remembrance of the honor and courage of both sides and ennobled the "Lost Cause." During this social transformation, Grant's public image changed as well. By the 1920s, his reputation had plummeted.

Most Americans today are unaware of how revered Grant was in his lifetime. Joan Waugh uncovers the reasons behind the rise and fall of his renown, underscoring as well the fluctuating memory of the Civil War itself.