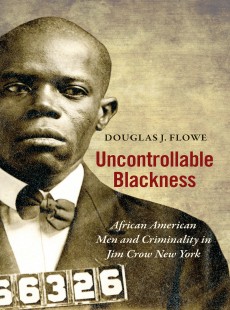 Early twentieth-century African American men in northern urban centers like New York faced economic isolation, segregation, a biased criminal justice system, and overt racial attacks by police and citizens. In this book, Douglas J. Flowe interrogates the meaning of crime and violence in the lives of these men, whose lawful conduct itself was often surveilled and criminalized, by focusing on what their actions and behaviors represented to them. He narrates the stories of men who sought profits in underground markets, protected themselves when law enforcement failed to do so, and exerted control over public, commercial, and domestic spaces through force in a city that denied their claims to citizenship and manhood. Flowe furthermore traces how the features of urban Jim Crow and the efforts of civic and progressive leaders to restrict their autonomy ultimately produced the circumstances under which illegality became a form of resistance.

Drawing from voluminous prison and arrest records, trial transcripts, personal letters and documents, and investigative reports, Flowe opens up new ways of understanding the black struggle for freedom in the twentieth century. By uncovering the relationship between the fight for civil rights, black constructions of masculinity, and lawlessness, he offers a stirring account of how working-class black men employed extralegal methods to address racial injustice.