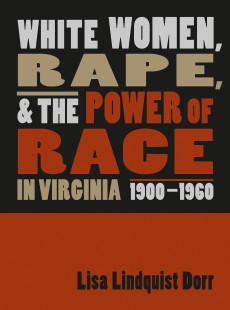 While trials were often grand public spectacles at which white men acted to protect white women and to police interracial relationships, Dorr points to cracks in white solidarity across class and gender lines. At the same time, trials and pardon proceedings presented African Americans with opportunities to challenge white racial power. Taken together, these cases uncover a world in which the mandates of segregation did not always hold sway, in which whites and blacks interacted in the most intimate of ways, and in which white women and white men saw their interests in conflict.

In Dorr's account, cases of black-on-white rape illuminate the paradoxes at the heart of segregated southern society: the tension between civilization and savagery, the desire for orderly and predictable racial boundaries despite conflicts among whites and relationships across racial boundaries, and the dignity of African Americans in a system dependent on their supposed inferiority. The rhetoric of protecting white women spoke of white supremacy and patriarchy, but its practice revealed the limits of both.