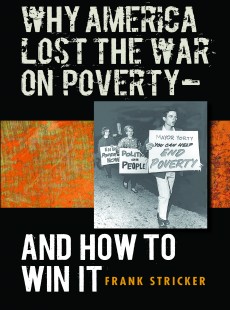 In a provocative assessment of American poverty and policy from 1950 to the present, Frank Stricker examines an era that has seen serious discussion about the causes of poverty and unemployment. Analyzing the War on Poverty, theories of the culture of poverty and the underclass, the effects of Reaganomics, and the 1996 welfare reform, Stricker demonstrates that most antipoverty approaches are futile without the presence (or creation) of good jobs. Stricker notes that since the 1970s, U.S. poverty levels have remained at or above 11%, despite training programs and periods of economic growth. The creation of jobs has continued to lag behind the need for them.

Stricker argues that a serious public debate is needed about the job situation; social programs must be redesigned, a national health care program must be developed, and economic inequality must be addressed. He urges all sides to be honest--if we don't want to eliminate poverty, then we should say so. But if we do want to reduce poverty significantly, he says, we must expand decent jobs and government income programs, redirecting national resources away from the rich and toward those with low incomes. Why America Lost the War on Poverty--And How to Win It is sure to prompt much-needed debate on how to move forward.