Bang Chan traces the changing cultural characteristics of a small Siamese village during the century and a quarter from its founding as a wilderness settlement outside Bangkok to its absorption into the urban spread of the Thai capital. Rich in ethnographic detail, the book sums up the major findings of a pioneering interdisciplinary research project that began in 1948. Changes in Bang Chan's social organization, technology, economy, governance, education, and religion are portrayed in the context of local and national developments. 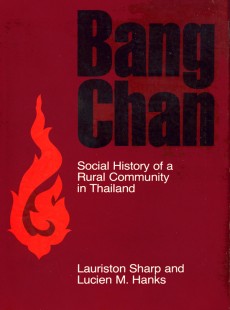 Social History of a Rural Community in Thailand