Dreams for Dead Bodies: Blackness, Labor, and the Corpus of American Detective Fiction offers new arguments about the origins of detective fiction in the United States, tracing the lineage of the genre back to unexpected texts and uncovering how authors such as Edgar Allan Poe, Mark Twain, Pauline Hopkins, and Rudolph Fisher made use of the genre -- puzzle-elements to explore the shifting dynamics of race and labor in America.

The author constructs an interracial genealogy of detective fiction to create a nuanced picture of the ways that black and white authors appropriated and cultivated literary conventions that coalesced in a recognizable genre at the turn of the twentieth century. These authors tinkered with detective fiction -- puzzle-elements to address a variety of historical contexts, including the exigencies of chattel slavery, the erosion of working-class solidarities by racial and ethnic competition, and accelerated mass production. Dreams for Dead Bodies demonstrates that nineteenth- and early twentieth-century American literature was broadly engaged with detective fiction, and that authors rehearsed and refined its formal elements in literary works typically relegated to the margins of the genre. By looking at these margins, the book argues, we can better understand the origins and cultural functions of American detective fiction. 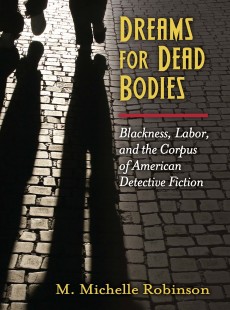 Blackness, Labor, and the Corpus of American Detective Fiction