Prisons are an invisible, but dominant, part of American society: the United States incarcerates more people than any other nation in the world. In Michigan, the number of prisoners rose from 3,000 in 1970 to more than 50,000 by 2008, a shift that Buzz Alexander witnessed firsthand when he came to teach at the University of Michigan.

Is William Martinez Not Our Brother? describes the University of Michigan's Prison Creative Arts Project (PCAP), a pioneering program founded in 1990 that provides university courses, a nonprofit organization, and a national network for incarcerated youth and adults in Michigan juvenile facilities and prisons.

By giving incarcerated individuals an opportunity to participate in the arts, PCAP enables them to withstand and often overcome the conditions and culture of prison, the policies of an incarcerating state, and the consequences of mass incarceration. 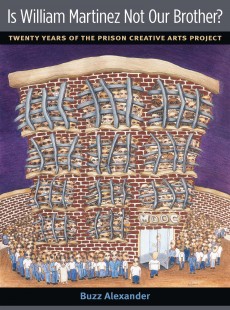