People's Wars in China, Malaya, and Vietnam explains why some insurgencies collapse after a military defeat while under other circumstances insurgents are able to maintain influence, rebuild strength, and ultimately defeat the government. The author argues that ultimate victory in civil wars rests on the size of the coalition of social groups established by each side during the conflict. When insurgents establish broad social coalitions (relative to the incumbent), their movement will persist even when military defeats lead to loss of control of territory because they enjoy the support of the civilian population and civilians will not defect to the incumbent. By contrast, when insurgents establish narrow coalitions, civilian compliance is solely a product of coercion. Where insurgents implement such governing strategies, battlefield defeats translate into political defeats and bring about a collapse of the insurgency because civilians defect to the incumbent. The empirical chapters of the book consist of six case studies of the most consequential insurgencies of the 20th century including that led by the Chinese Communist Party from 1927 to 1949, the Malayan Emergency (1948–1960), and the Vietnam War (1960–1975). People's Wars breaks new ground in systematically analyzing and comparing these three canonical cases of insurgency. The case studies of China and Malaya make use of Chinese-language archival sources, many of which have never before been used and provide an unprecedented level of detail into the workings of successful and unsuccessful insurgencies. The book adopts an interdisciplinary approach and will be of interest to both political scientists and historians. 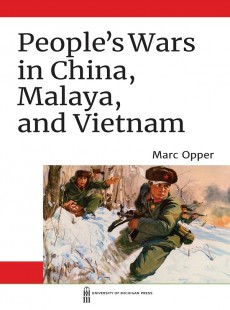