Trading Places is about urban land markets in African cities. It explores how local practice, land governance and markets interact to shape the ways that people at society's margins access land to build their livelihoods. The authors argue that the problem is not with markets per se, but in the unequal ways in which market access is structured. They make the case for more equal access to urban land markets, not only for ethical reasons, but because it makes economic sense for growing cities and towns. If we are to have any chance of understanding and intervening in predominantly poor and very unequal African cities, we need to see land and markets differently. New migrants to the city and communities living in slums are as much a part of the real estate market as anyone else; they're just not registered or officially recognised. This book highlights the land practices of those living on the city's margins, and explores the nature and character of their participation in the urban land market. It details how the urban poor access, hold and trade land in the city, and how local practices shape the city, and reconfigures how we understand land markets in rapidly urbanising contexts. Rather than developing new policies which aim to supply land and housing formally but with little effect on the scale of the need, it advocates an alternative approach which recognises the local practices that already exist in land access and management. In this way, the agency of the poor is strengthened, and households and communities are better able to integrate into urban economies. 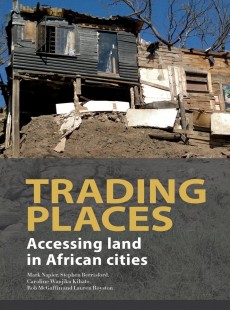