While not commonly centered in the Cold War story, Latin America was intensely affected by that historic conflict. In this book, available for the first time in English, Vanni Pettina makes sense of the region's diverse, complex political experiences of the Cold War era. Cross-fertilized by Latin American and Anglophone historiography, his account shifts from an overemphasis on U.S. interventions toward a comprehensive Latin American perspective. Connecting Cold War events to the region's political polarizations, revolutionary mobilizations, draconian state repression, and brutal violence in almost every sphere, Pettina demonstrates that Latin America's Cold War was rarely cold.

In the midst of the tumult, some countries showed resilience and capacity to bend the disruptive dynamics to their advantage. Mexico, for example, drew on a mix of nationalism and anticommunism, aided by the United States, to achieve strong economic growth and political stability. Cuba, in contrast, used Soviet protection to shield its revolution from the United States and to strengthen its capacity to project power in Latin America and beyond. Interweaving global and local developments along an insightful analytical frame, Pettina reveals the distinct consequences of the Cold War in the Western Hemisphere. 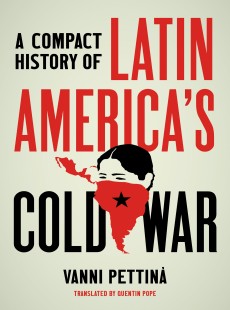