The South possessed an extensive history of looking outward, specifically southward, to solve internal tensions over slavery and economic competition in the 1820s through the 1860s. Nineteenth-century southerners invested in their futures, and in their identity as southerners, when they expanded their economic and proslavery connections to Latin America, seeking to establish a vast empire rooted in slavery that stretched southward to Brazil and westward to the Pacific Ocean. For these modern expansionists, failure to cement those connections meant nothing less than the death of the South. In A Different Manifest Destiny Claire M. Wolnisty explores how elite white U.S. southerners positioned themselves as modern individuals engaged in struggles for transnational power from the antebellum to the Civil War era. By focusing on three groups of people not often studied together—filibusters, commercial expansionists, and postwar southern emigrants—Wolnisty complicates traditional narratives about Civil War–era southern identities and the development of Manifest Destiny. She traces the ways southerners capitalized on Latin American connections to promote visions of modernity compatible with slave labor and explores how southern–Latin American networks spanned the years of the Civil War. 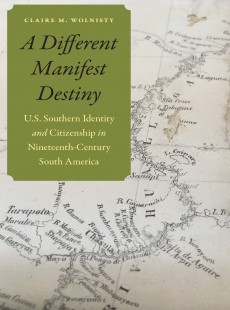