In early Pennsylvania, translation served as a utopian tool creating harmony across linguistic, religious, and ethnic differences. Patrick Erben challenges the long-standing historical myth--first promulgated by Benjamin Franklin--that language diversity posed a threat to communal coherence. He deftly traces the pansophist and Neoplatonist philosophies of European reformers that informed the radical English and German Protestants who founded the "holy experiment." Their belief in hidden yet persistent links between human language and the word of God impelled their vision of a common spiritual idiom. Translation became the search for underlying correspondences between diverse human expressions of the divine and served as a model for reconciliation and inclusiveness. 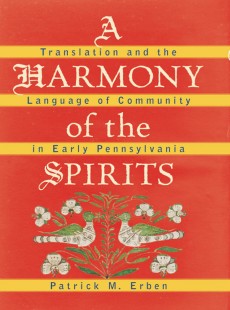 A Harmony of the Spirits

Translation and the Language of Community in Early Pennsylvania