What is a lyric essay? An essay that has a lyrical style? An essay that plays with form in a way that resembles poetry more than prose? Both of these? Or something else entirely? The works in this anthology show lyric essays rely more on intuition than exposition, use image more than narration, and question more than answer. But despite all this looseness, the lyric essay still has responsibilities to try to reveal something, to play with ideas, or to show a shift in thinking, however subtle. The whole of a lyric essay adds up to more than the sum of its parts. In A Harp in the Stars, Randon Billings Noble has collected lyric essays written in four different forms flash, segmented, braided, and hermit crab from a range of diverse writers. The collection also includes a section of craft essays lyric essays about lyric essays. And because lyric essays can be so difficult to pin down, each contributor has supplemented their work with a short meditation on this boundary-breaking form. 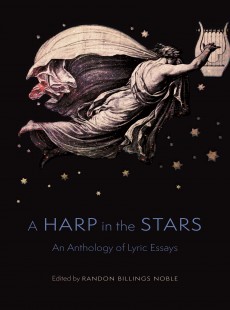 A Harp in the Stars

An Anthology of Lyric Essays