Stepfamilies are not a modern phenomenon, but despite this reality, the history of stepfamilies in America has yet to be fully explored. In the first book-length work on the topic, Lisa Wilson examines the stereotypes and actualities of colonial stepfamilies and reveals them to be important factors in early United States domestic history. Remarriage was a necessity in this era, when war and disease took a heavy toll, all too often leading to domestic stress, and cultural views of stepfamilies during this time placed great strain on stepmothers and stepfathers. Both were seen either as unfit substitutes or as potentially unstable influences, and nowhere were these concerns stronger than in white middle-class families, for whom stepparents presented a paradox.

Wilson shares the stories of real stepfamilies in early New England, investigating the relationship between prejudice and lived experience, and, in the end, offers a new way of looking at family units throughout history and the cultural stereotypes that still affect stepfamilies today. 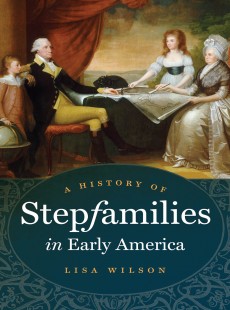 A History of Stepfamilies in Early America