Poet and playwright Amiri Baraka is best known as one of the African American writers who helped ignite the Black Arts Movement. This book examines Baraka's cultural approach to Black Power politics and explores his role in the phenomenal spread of black nationalism in the urban centers of late-twentieth-century America, including his part in the election of black public officials, his leadership in the Modern Black Convention Movement, and his work in housing and community development.
Komozi Woodard traces Baraka's transformation from poet to political activist, as the rise of the Black Arts Movement pulled him from political obscurity in the Beat circles of Greenwich Village, swept him into the center of the Black Power Movement, and ultimately propelled him into the ranks of black national political leadership. Moving outward from Baraka's personal story, Woodard illuminates the dynamics and remarkable rise of black cultural nationalism with an eye toward the movement's broader context, including the impact of black migrations on urban ethos, the importance of increasing population concentrations of African Americans in the cities, and the effect of the 1965 Voting Rights Act on the nature of black political mobilization. 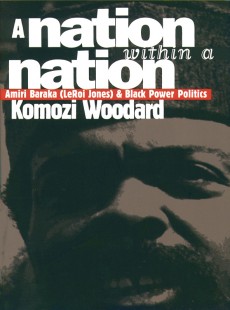 A Nation within a Nation