A People's Army documents the many distinctions between British regulars and Massachusetts provincial troops during the Seven Years' War. Originally published by UNC Press in 1984, the book was the first investigation of colonial military life to give equal attention to official records and to the diaries and other writings of the common soldier. The provincials' own accounts of their experiences in the campaign amplify statistical profiles that define the men, both as civilians and as soldiers. These writings reveal in intimate detail their misadventures, the drudgery of soldiering, the imminence of death, and the providential world view that helped reconcile them to their condition and to the war. 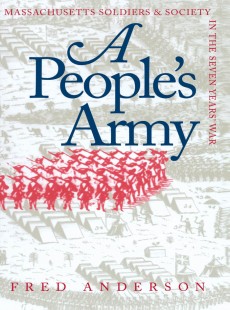 Massachusetts Soldiers and Society in the Seven Years' War