In October 1911 the governor of Oaxaca, Mexico, ordered a detachment of approximately 250 soldiers to take control of the town of Juchitán from Jose F. "Che" Gomez and a movement defending the principle of popular sovereignty. The standoff between federal soldiers and the Chegomistas continued until federal reinforcements arrived and violently repressed the movement in the name of democracy. In A Revolution Unfinished Colby Ristow provides the first book-length study of what has come to be known as the Chegomista Rebellion, shedding new light on a conflict previously lost in the shadows of the concurrent Zapatista uprising. The study examines the limits of democracy under Mexico's first revolutionary regime through a detailed analysis of the confrontation between Mexico's nineteenth-century tradition of moderate liberalism and locally constructed popular liberalism in the politics of Juchitán, Oaxaca. Couched in the context of local, state, and national politics at the beginning of the revolution, the study draws on an array of local, national, and international archival and newspaper sources to provide a dramatic day-by-day description of the Chegomista Rebellion and the events preceding it. Ristow links the events in Juchitán with historical themes such as popular politics, ethnicity, and revolutionary state formation and strips away the romanticism of previous studies of Juchitán, offering a window into the mechanics of late Porfirian state-society relations and early revolutionary governance. 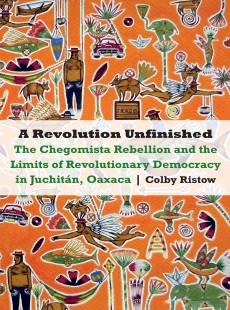 The Chegomista Rebellion and the Limits of Revolutionary Democracy in Juchitán, Oaxaca