While the Civil War is famous for epic battles involving massive armies engaged in conventional warfare, A Savage Conflict is the first work to treat guerrilla warfare as critical to understanding the course and outcome of the Civil War. Daniel Sutherland argues that irregular warfare took a large toll on the Confederate war effort by weakening support for state and national governments and diminishing the trust citizens had in their officials to protect them. 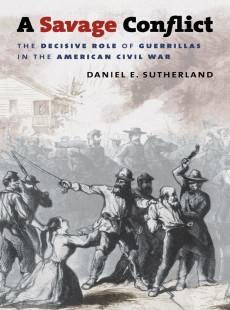 The Decisive Role of Guerrillas in the American Civil War