Historians often assert that Confederate nationalism had its origins in pre-Civil War sectional conflict with the North, reached its apex at the start of the war, and then dropped off quickly after the end of hostilities. Anne Sarah Rubin argues instead that white Southerners did not actually begin to formulate a national identity until it became evident that the Confederacy was destined to fight a lengthy war against the Union. She also demonstrates that an attachment to a symbolic or sentimental Confederacy existed independent of the political Confederacy and was therefore able to persist well after the collapse of the Confederate state. White Southerners redefined symbols and figures of the failed state as emotional touchstones and political rallying points in the struggle to retain local (and racial) control, even as former Confederates took the loyalty oath and applied for pardons in droves.

Exploring the creation, maintenance, and transformation of Confederate identity during the tumultuous years of the Civil War and Reconstruction, Rubin sheds new light on the ways in which Confederates felt connected to their national creation and provides a provocative example of what happens when a nation disintegrates and leaves its people behind to forge a new identity. 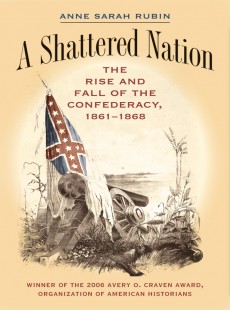