Nestled between the Chesapeake Bay and the Atlantic Ocean, and stretching from Hampton Roads to Assateague Island, Virginia's Eastern Shore is a distinctly southern place with an exceptionally southern taste. In this inviting narrative, Bernard L. Herman welcomes readers into the communities, stories, and flavors that season a land where the distance from tide to tide is often less than five miles. Blending personal observation, history, memories of harvests and feasts, and recipes, Herman tells of life along the Eastern Shore through the eyes of its growers, watermen, oyster and clam farmers, foragers, church cooks, restaurant owners, and everyday residents.

Four centuries of encounter, imagination, and invention continue to shape the foodways of the Eastern Shore of Virginia, melding influences from Indigenous peoples, European migrants, enslaved and free West Africans, and more recent newcomers. Herman reveals how local ingredients and the cooks who have prepared them for the table have developed a distinctly American terroir--the flavors of a place experienced through its culinary and storytelling traditions. This terroir flourishes even as it confronts challenges from climate change, declining fish populations, and farming monoculture. Herman reveals this resilience through the recipes and celebrations that hold meaning, not just for those who live there but for all those folks who sit at their tables--and other tables near and far. 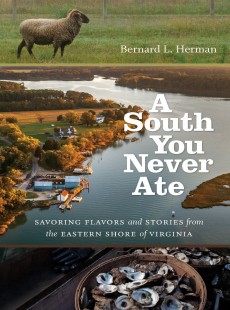 A South You Never Ate

Savoring Flavors and Stories from the Eastern Shore of Virginia