In this book, Judy Kutulas complicates the common view that the 1970s were a time of counterrevolution against the radical activities and attitudes of the previous decade. Instead, Kutulas argues that the experiences and attitudes that were radical in the 1960s were becoming part of mainstream culture in the 1970s, as sexual freedom, gender equality, and more complex notions of identity, work, and family were normalized through popular culture--television, movies, music, political causes, and the emergence of new communities. Seemingly mundane things like watching The Mary Tyler Moore Show, listening to Carole King songs, donning Birkenstock sandals, or reading Roots were actually critical in shaping Americans' perceptions of themselves, their families, and their relation to authority.

Even as these cultural shifts eventually gave way to a backlash of political and economic conservatism, Kutulas shows that what critics perceive as the narcissism of the 1970s was actually the next logical step in a longer process of assimilating 1960s values like individuality and diversity into everyday life. Exploring such issues as feminism, sexuality, and race, Kutulas demonstrates how popular culture helped many Americans make sense of key transformations in U.S. economics, society, politics, and culture in the late twentieth century. 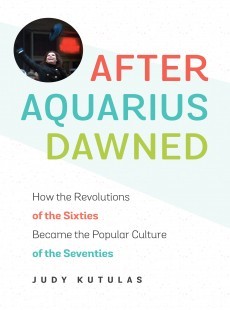