Approximately 2.5 million men and women have deployed to Iraq and Afghanistan in the service of the U.S. War on Terror. Marian Eide and Michael Gibler have collected and compiled personal combat accounts from some of these war veterans. In modern warfare no deployment meets the expectations laid down by stories of Appomattox, Ypres, Iwo Jima, or Tet. Stuck behind a desk or the wheel of a truck, many of today's veterans feel they haven't even been to war though they may have listened to mortars in the night or dodged improvised explosive devices during the day. When a drone is needed to verify a target's death or bullets are sprayed like grass seed, military offensives can lack the immediacy that comes with direct contact.After Combat bridges the gap between sensationalized media and reality by telling war's unvarnished stories. Participating soldiers, sailors, marines, and air force personnel (retired, on leave, or at the beginning of military careers) describe combat in the ways they believe it should be understood. In this collection of interviews, veterans speak anonymously with pride about their own strengths and accomplishments, with gratitude for friendships and adventures, and also with shame, regret, and grief, while braving controversy, misunderstanding, and sanction. In the accounts of these veterans, Eide and Gibler seek to present what Vietnam veteran and writer Tim O'Brien calls a "true war story"—one without obvious purpose or moral imputation and independent of civilian logic, propaganda goals, and even peacetime convention. 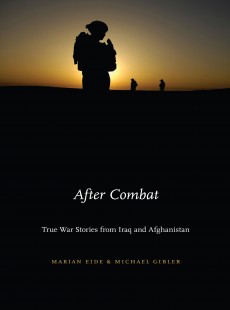