In this comprehensive history, R. Douglas Hurt traces the decline and fall of agriculture in the Confederate States of America. The backbone of the southern economy, agriculture was a source of power that southerners believed would ensure their independence. But, season by season and year by year, Hurt convincingly shows how the disintegration of southern agriculture led to the decline of the Confederacy's military, economic, and political power. He examines regional variations in the Eastern and Western Confederacy, linking the fates of individual crops and different modes of farming and planting to the wider story. After a dismal harvest in late 1864, southerners--faced with hunger and privation throughout the region--ransacked farms in the Shenandoah Valley and pillaged plantations in the Carolinas and the Mississippi Delta, they finally realized that their agricultural power, and their government itself, had failed. Hurt shows how this ultimate lost harvest had repercussions that lasted well beyond the end of the Civil War.

Assessing agriculture in its economic, political, social, and environmental contexts, Hurt sheds new light on the fate of the Confederacy from the optimism of secession to the reality of collapse. 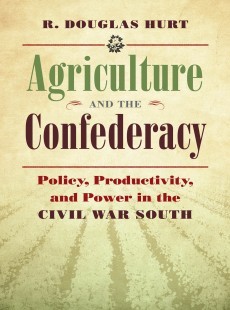 Agriculture and the Confederacy

Policy, Productivity, and Power in the Civil War South