During World War II the uniformed heads of the U.S. armed services assumed a pivotal and unprecedented role in the formulation of the nation's foreign policies. Organized soon after Pearl Harbor as the Joint Chiefs of Staff, these individuals were officially responsible only for the nation's military forces. During the war their functions came to encompass a host of foreign policy concerns, however, and so powerful did the military voice become on those issues that only the president exercised a more decisive role in their outcome.

Drawing on sources that include the unpublished records of the Joint Chiefs as well as the War, Navy, and State Departments, Mark Stoler analyzes the wartime rise of military influence in U.S. foreign policy. He focuses on the evolution of and debates over U.S. and Allied global strategy. In the process, he examines military fears regarding America's major allies--Great Britain and the Soviet Union--and how those fears affected President Franklin D. Roosevelt's policies, interservice and civil-military relations, military-academic relations, and postwar national security policy as well as wartime strategy. 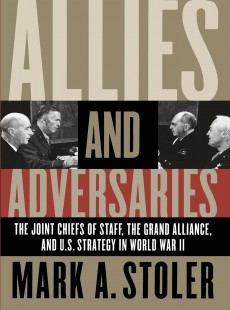 The Joint Chiefs of Staff, the Grand Alliance, and U.S. Strategy in World War II