David Cecelski chronicles one of the most sustained and successful protests of the civil rights movement--the 1968-69 school boycott in Hyde County, North Carolina. For an entire year, the county's black citizens refused to send their children to school in protest of a desegregation plan that required closing two historically black schools in their remote coastal community. Parents and students held nonviolent protests daily for five months, marched twice on the state capitol in Raleigh, and drove the Ku Klux Klan out of the county in a massive gunfight.

The threatened closing of Hyde County's black schools collided with a rich and vibrant educational heritage that had helped to sustain the black community since Reconstruction. As other southern school boards routinely closed black schools and displaced their educational leaders, Hyde County blacks began to fear that school desegregation was undermining--rather than enhancing--this legacy. This book, then, is the story of one county's extraordinary struggle for civil rights, but at the same time it explores the fight for civil rights in all of eastern North Carolina and the dismantling of black education throughout the South. 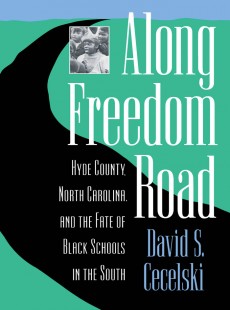 Hyde County, North Carolina, and the Fate of Black Schools in the South