In this analysis of the years of greatest American friendship with the Soviet Union, Levering comes to two conclusions. First, cosmopolitan, educated Americans of all classes were much more likely to change their negative attitudes of 1939 to positive ones by 1943 than were the provincial and poorly educated. Second, governmental leaders and the media, whether conservative or liberal, did not prepare the public for the probable realities of postwar international politics. 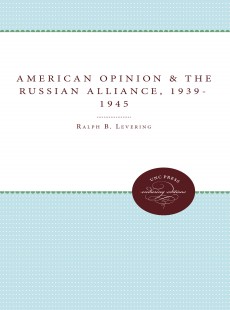