In a work of striking breadth and clarity, Paul Conkin offers an even-handed and in-depth look at the major American-made forms of Christianity--a diverse group of religious traditions, each of which reflects a significant break from western Christian orthodoxy. Identifying six distinctive types, Conkin examines the major denominations representative of each original variety of American Christianity: restoration (Churches of Christ, Disciples of Christ); humanistic (Unitarians, Universalists); apocalyptic (Adventists, Jehovah's Witnesses); Mormon (Church of Jesus Christ of Latter-day Saints); spiritual (Christian Science, Unity); and ecstatic (Holiness and Pentecostal denominations). Focusing on the early years and maturation of these groups, he discusses their founders and leaders, origins and Old World roots, and essential doctrines and practices. Conkin closes each chapter with a guide to further reading. The first comprehensive survey of these American originals, this book will serve as a valuable resource on a number of religious traditions whose members not only comprise a significant percentage of the American population but also make up an increasing proportion of Christian converts worldwide. 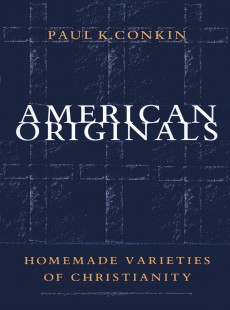