No professional group in the United States benefited more from World War II than the scientific community. After the atomic bombings of Hiroshima and Nagasaki, scientists enjoyed unprecedented public visibility and political influence as a new elite whose expertise now seemed critical to America's future. But as the United States grew committed to Cold War conflict with the Soviet Union and the ideology of anticommunism came to dominate American politics, scientists faced an increasingly vigorous regimen of security and loyalty clearances as well as the threat of intrusive investigations by the notorious House Committee on Un-American Activities and other government bodies.
This book is the first major study of American scientists' encounters with Cold War anticommunism in the decade after World War II. By examining cases of individual scientists subjected to loyalty and security investigations, the organizational response of the scientific community to political attacks, and the relationships between Cold War ideology and postwar science policy, Jessica Wang demonstrates the stifling effects of anticommunist ideology on the politics of science. She exposes the deep divisions over the Cold War within the scientific community and provides a complex story of hard choices, a community in crisis, and roads not taken. 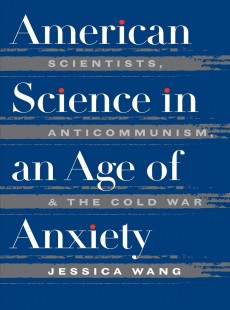 American Science in an Age of Anxiety

Scientists, Anticommunism, and the Cold War