The abolition of Russian serfdom in 1861 and American slavery in 1865 transformed both nations as Russian peasants and African Americans gained new rights as subjects and citizens. During the second half of the long nineteenth century, Americans and Russians responded to these societal transformations through a fascinating array of new cultural productions. Analyzing portrayals of African Americans and Russian serfs in oil paintings, advertisements, fiction, poetry, and ephemera housed in American and Russian archives, Amanda Brickell Bellows argues that these widely circulated depictions shaped collective memory of slavery and serfdom, affected the development of national consciousness, and influenced public opinion as peasants and freedpeople strove to exercise their newfound rights.

While acknowledging the core differences between chattel slavery and serfdom, as well as the distinctions between each nation's post-emancipation era, Bellows highlights striking similarities between representations of slaves and serfs that were produced by elites in both nations as they sought to uphold a patriarchal vision of society. Russian peasants and African American freedpeople countered simplistic, paternalistic, and racist depictions by producing dignified self-representations of their traditions, communities, and accomplishments. This book provides an important reconsideration of post-emancipation assimilation, race, class, and political power. 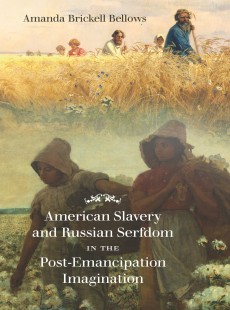 American Slavery and Russian Serfdom in the Post-Emancipation Imagination