Biodiversity has been a key concept in international conservation since the 1980s, yet historians have paid little attention to its origins. Uncovering its roots in tropical fieldwork and the southward expansion of U.S. empire at the turn of the twentieth century, Megan Raby details how ecologists took advantage of growing U.S. landholdings in the circum-Caribbean by establishing permanent field stations for long-term, basic tropical research. From these outposts of U.S. science, a growing community of American "tropical biologists" developed both the key scientific concepts and the values embedded in the modern discourse of biodiversity.

Considering U.S. biological fieldwork from the era of the Spanish-American War through the anticolonial movements of the 1960s and 1970s, this study combines the history of science, environmental history, and the history of U.S.–Caribbean and Latin American relations. In doing so, Raby sheds new light on the origins of contemporary scientific and environmentalist thought and brings to the forefront a surprisingly neglected history of twentieth-century U.S. science and empire. 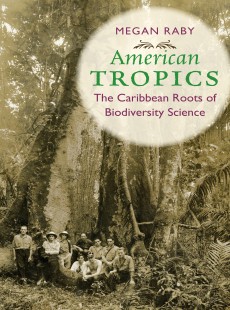 The Caribbean Roots of Biodiversity Science