When World War I began, war reporting was a thoroughly masculine bastion of journalism. But that did not stop dozens of women reporters from stepping into the breach, defying gender norms and official restrictions to establish roles for themselves—and to write new kinds of narratives about women and war. Chris Dubbs tells the fascinating stories of Edith Wharton, Nellie Bly, and more than thirty other American women who worked as war reporters. As Dubbs shows, stories by these journalists brought in women from the periphery of war and made them active participants—fully engaged and equally heroic, if bearing different burdens and making different sacrifices. Women journalists traveled from belligerent capitals to the front lines to report on the conflict. But their experiences also brought them into contact with social transformations, political unrest, labor conditions, campaigns for women's rights, and the rise of revolutionary socialism. An eye-opening look at women's war reporting, An Unladylike Profession is a portrait of a sisterhood from the guns of August to the corridors of Versailles.   Purchase the audio edition. 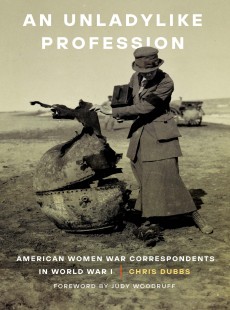