Illuminating a hidden and fascinating chapter in the history of globalization, Paul Gootenberg chronicles the rise of one of the most spectacular and now illegal Latin American exports: cocaine.

Gootenberg traces cocaine's history from its origins as a medical commodity in the nineteenth century to its repression during the early twentieth century and its dramatic reemergence as an illicit good after World War II. Connecting the story of the drug's transformations is a host of people, products, and processes: Sigmund Freud, Coca-Cola, and Pablo Escobar all make appearances, exemplifying the global influences that have shaped the history of cocaine. But Gootenberg decenters the familiar story to uncover the roles played by hitherto obscure but vital Andean actors as well--for example, the Peruvian pharmacist who developed the techniques for refining cocaine on an industrial scale and the creators of the original drug-smuggling networks that decades later would be taken over by Colombian traffickers.

Andean Cocaine proves indispensable to understanding one of the most vexing social dilemmas of the late twentieth-century Americas: the American cocaine epidemic of the 1980s and, in its wake, the seemingly endless U.S. drug war in the Andes. 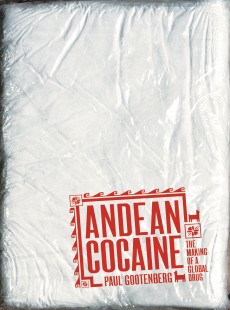 The Making of a Global Drug