Interweaving social, political, environmental, economic, and popular history, John Alexander Williams chronicles four and a half centuries of the Appalachian past. Along the way, he explores Appalachia's long-contested boundaries and the numerous, often contradictory images that have shaped perceptions of the region as both the essence of America and a place apart.

Williams begins his story in the colonial era and describes the half-century of bloody warfare as migrants from Europe and their American-born offspring fought and eventually displaced Appalachia's Native American inhabitants. He depicts the evolution of a backwoods farm-and-forest society, its divided and unhappy fate during the Civil War, and the emergence of a new industrial order as railroads, towns, and extractive industries penetrated deeper and deeper into the mountains. Finally, he considers Appalachia's fate in the twentieth century, when it became the first American region to suffer widespread deindustrialization, and examines the partial renewal created by federal intervention and a small but significant wave of in-migration.

Throughout the book, a wide range of Appalachian voices enlivens the analysis and reminds us of the importance of storytelling in the ways the people of Appalachia define themselves and their region. 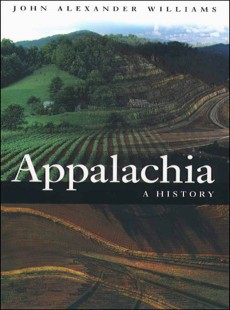