Appalachia first entered the American consciousness as a distinct region in the decades following the Civil War. The place and its people have long been seen as backwards and 'other' because of their perceived geographical, social, and economic isolation. These essays, by fourteen eminent historians and social scientists, illuminate important dimensions of early social life in diverse sections of the Appalachian mountains. The contributors seek to place the study of Appalachia within the context of comparative regional studies of the United States, maintaining that processes and patterns thought to make the region exceptional were not necessarily unique to the mountain South. 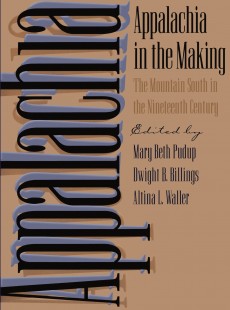 Appalachia in the Making

The Mountain South in the Nineteenth Century