In this innovative and revealing study of midcentury American sex and culture, Amanda Littauer traces the origins of the "sexual revolution" of the 1960s. She argues that sexual liberation was much more than a reaction to 1950s repression because it largely involved the mainstreaming of a counterculture already on the rise among girls and young women decades earlier. From World War II–era "victory girls" to teen lesbians in the 1940s and 1950s, these nonconforming women and girls navigated and resisted intense social and interpersonal pressures to fit existing mores, using the upheavals of the era to pursue new sexual freedoms.

Building on a new generation of research on postwar society, Littauer tells the history of diverse young women who stood at the center of major cultural change and helped transform a society bound by conservative sexual morality into one more open to individualism, plurality, and pleasure in modern sexual life. 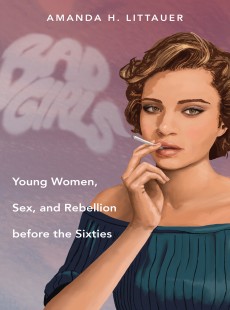 Young Women, Sex, and Rebellion before the Sixties